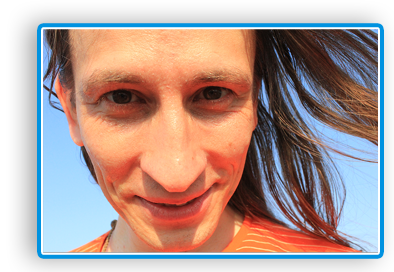 Markus is my nickname, I was born in Poland in 1978.
In this life, I’m dealing with animation as
FX TD / FX Artist, R&D and tools developer.

In late of ’80 I saw music video for song “Money for Nothing” by Dire Straits with CGI, using transparent material (fridge) and it was huge impact on my visual perception. This has a future, I thought !
The world has not been the same anymore ;] I was fascinated with computer animation.

When I was studying physics, I had a feeling that I should do something little different than spending my time on vacuum theory. There was a 4th semester assignment: to make a computer program.
I wanted to make something related to 3D space, but I couldn’t do this with 3D software, it had to use clean C++. Very quickly I found a solution and I wrote C++ program generating MAXscript file which created 3D  geometry from two images.

After this I decided to dive straight into 3D, quit studying and skip all unnecessary activities.
It was a good decision :]

I worked 5 years in Platige Image, as FX TD and FX Artist, with cloth simulation as specialization.
I was involved in projects where I did fluid simulations, smoke and fire, destructions and flying particles.
In meantime I developed tools.
Some of them was simply scripts, a lot of them was tools with UI, but most advanced was cBatch for automate and manage simulations for Maya and 3dsMAX. 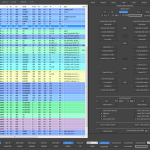 All next year I was working from time to time on commercial projects.
On the other hand as freelancer I had opportunity to test and develop my ideas about automatization of simulation processes.

Now I’m working on SimBatch, the second stage begins. After the Kickstarter campaign ( simbatch.com/KICK ) I received feedback and request for the ability to test this tool.
Soon the Alpha version will be released for testing.